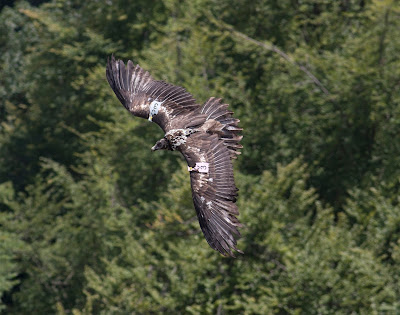 This year, in Picos de Europa National Park, two new females are suffering also the attacks of an adult female, maybe because they are flying near of one of her nests. 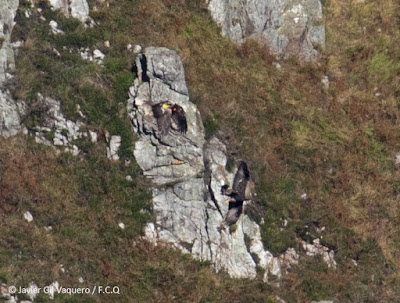 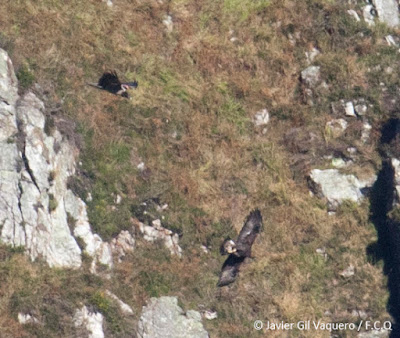 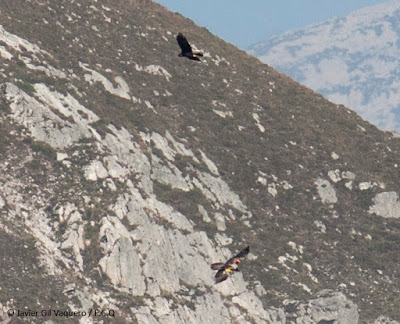 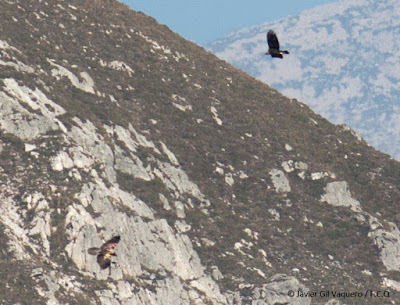 Quebrantina, one of the new young females of Bearded Vulture (marked with red and yellow flags)
and the Golden Eagle in early November.

Fortunately, at the moment they are only common territorial displays and not direct attacks.