This is a proposal for 7 days (6 nights) in which we’ll intend to give a complete ornithological view of the National Park of Picos de Europa in northern Spain. This is an example for a group between 2-7 people, but it could be adapted to the preferences of each group in the issues and in the duration.

This proposal is specially suitable for the months of May, June, early July and September 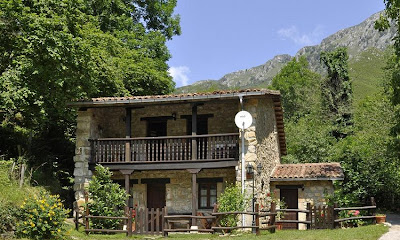 Day 2: Eagles and Vultures (Half day)

The mountain ranges previous to the national park of Picos de Europa, are ones of the most amazing places in the north of Spain to observe great raptors: Griffon Vulture, Egyptian Vulture, Golden Eagle, Busard, Short-toed Eagle and much more can be observe easily, both in flight and in their nesting places. 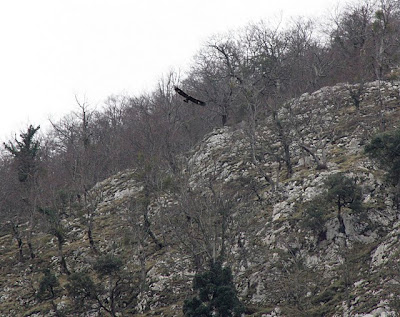 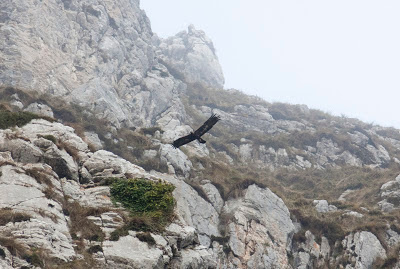 We’ll visit the mountains around the little village of Oceño and the valley of Tajadura and Rubó rivers. They content the most spectacular Griffon Vulture nesting colonies and also some nests of Egyptian Vulture and Golden Eagle. 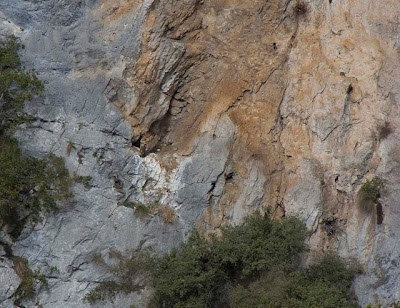 A Griffon Vulture in the nest 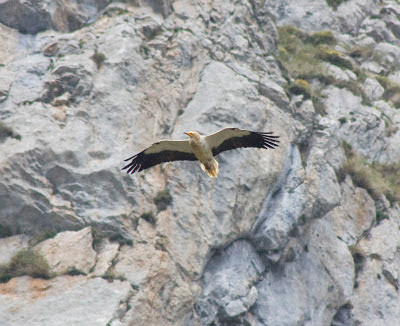 The Bearded Vulture is probably one of the most incredible and amazing bird which can be observed in the Iberian Peninsula.

In the National Park of Picos de Europa and its surroundings the Bearded Vulture became extinct in the mid 20th century and since then, it only could be seen in the Pyrenees.

From 2005, the Bearded Vulture Foundation (FCQ) is developing a project for its reintroduction in the mountains of the National Park of Picos de Europa. The result of this project has finished with the release of the three first young Bearded Vultures in these mountains. Their names are Deva and Leoncia and Atilano. 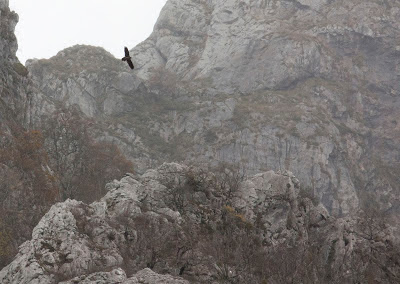 Deva flying in the National Park of Picos de Europa 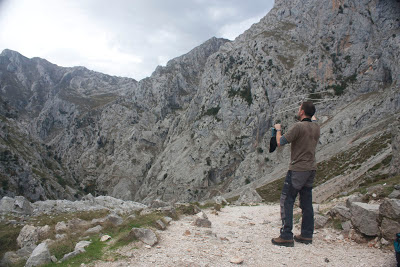 Trying to locate Bearded Vultures in the National Park

From Rio Aliso Rural Apartments we’ll go to the Centre for Biodiversity and Sustainable Development “Mountains of the Beared Vulture” in Benia de Onís, where we’ll do a guided tour

After this, we’ll go to the National Park of Picos de Europa to try to find the Bearded Vultures and to visit the natural habitat where the FCQ hopes they will adapt.

The situation of our apartments, allows us easy access to some different kind of forest from the cantabrian coast to the mountains through the riparian forest of some of our most important rivers, in a short drive not more than half an hour. This day our objective will be two of the most amazing woodpeckers who live in our forests: The Black Woodpecker and the Middle Spotted Woodpecker. 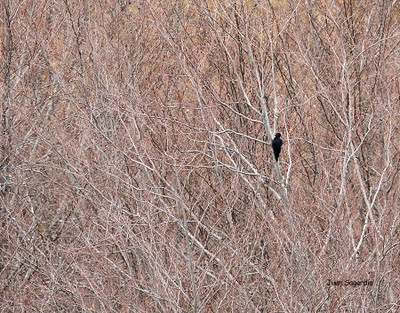 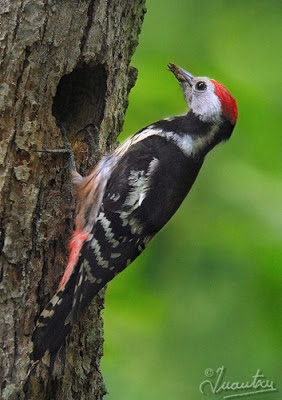 To do this, we will visit ancient forests populated by old oaks and  beeches where we can also enjoy other small and elusive forest birds such as buntings, shrikes, finches, short-toed tree-creeper, Eurasian Nuthatch, Coal Tit, Great Tit, Crested Tit and much more.
Day 5. Alpine Birds. Trip for the National Park of Picos de Europa (Full day)

In less than one hour from the Rio Aliso Rural Apartments is possible to access to the high mountain pastures, more than 1.500 meters above the sea level in the alpine environment.

Here and on the walls of the highest mountains it's possible to observe some of the most interesting alpine birds, like Snow-finch, Alpine Accentor, Yellow-Billed Chough, Red-Billed Chough, and Wall-creeper. 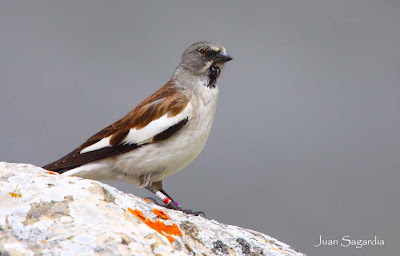 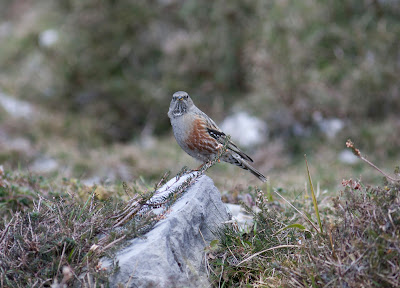 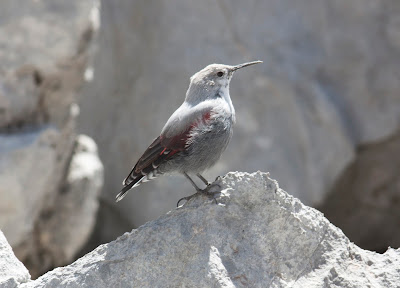 This day we’ll go to Fuente De in the Easter mountains of the Picos de Europa National Park where we will take the cable car up to the highest area in the south side of Peña Olvidada, near the mountain retreat of Canaña Veronica, more than 2.000 m. above the sea level.

This is the best environment of Picos de Europa, to observe this alpine birds.

The Mountain Range protected landscape of El Cuera is located between the Cantabrian sea and the first pics of the national Park of Picos de Europa. The altitude varies between the 400 and the 1.315 m above the sea level, and its not more than 2 Km away the sea. On a clear day the panoramic views covers more than 20 km of the sea cost at north and the highest picks of Picos de Europa.

The birding possibilities are varied and amazing. Vultures an other birds of prey are pretty abundant but in my opinion the little birds like pipits, accentors, wheatears and others adapted to the severe climatic conditions could make us enjoy more a nice birding day. 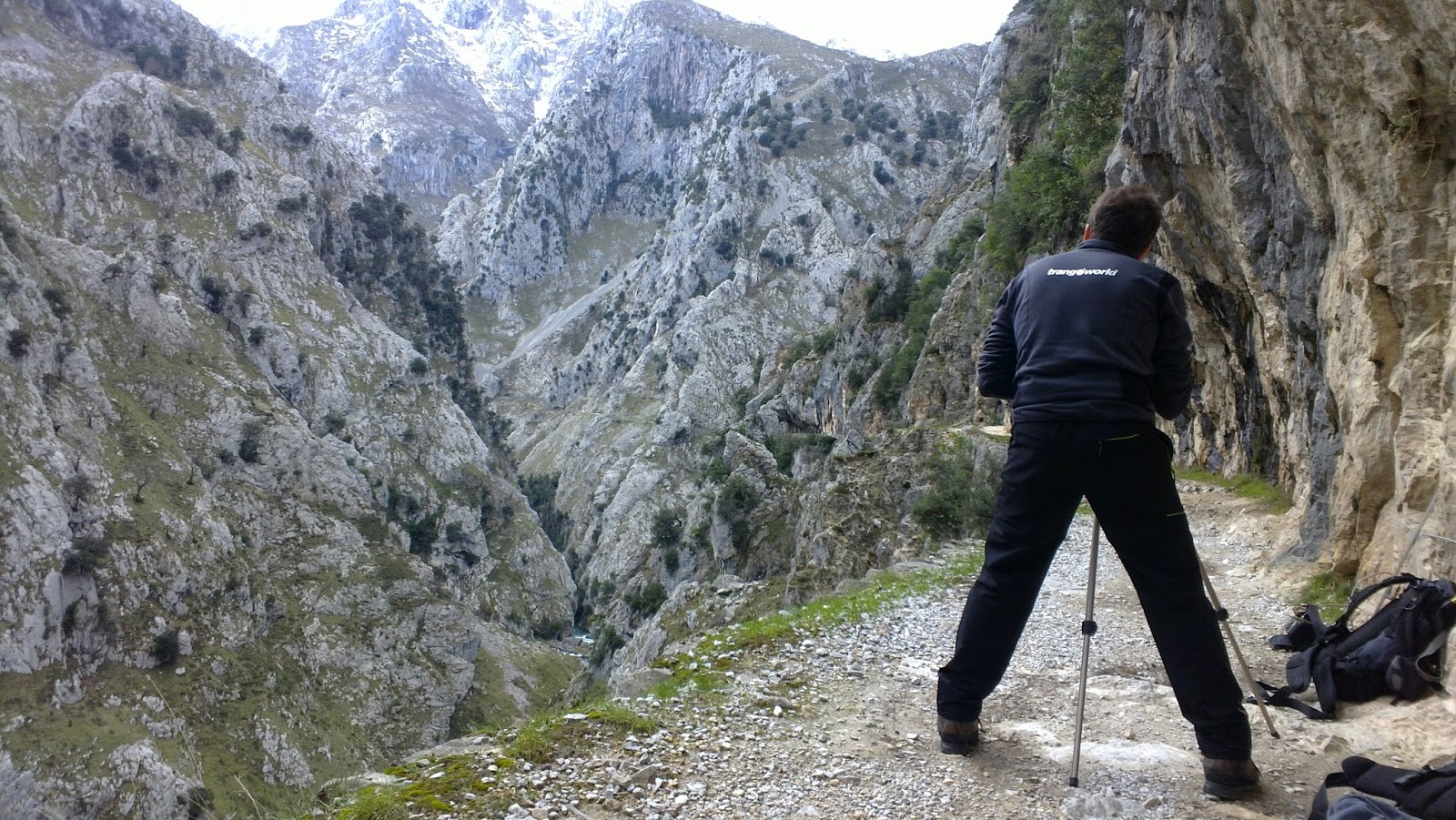 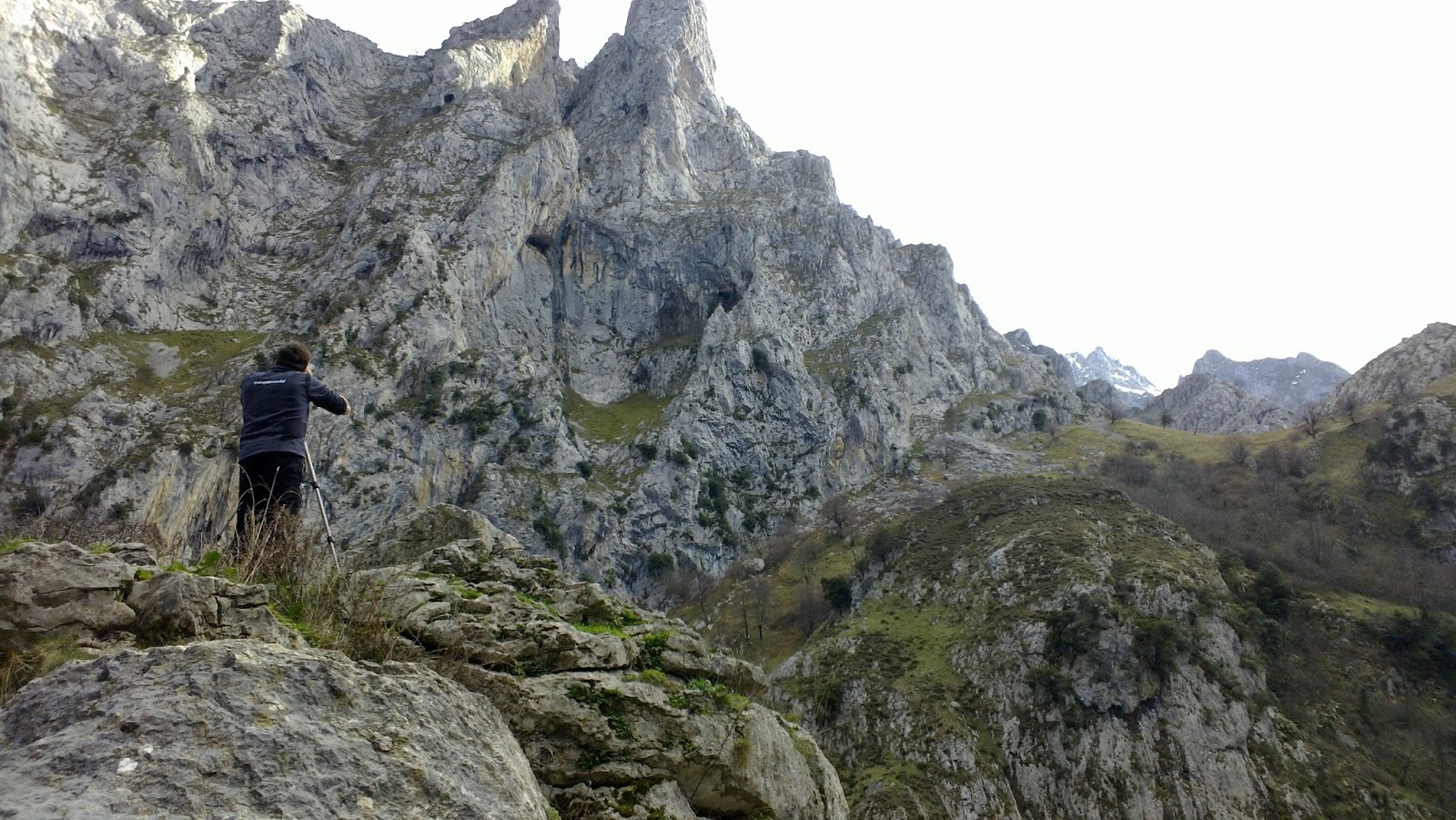 Looking for raptor in Cares Gorge

Day 7: Check Out and farewell.